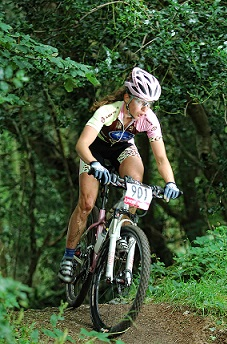 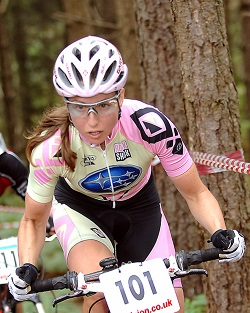 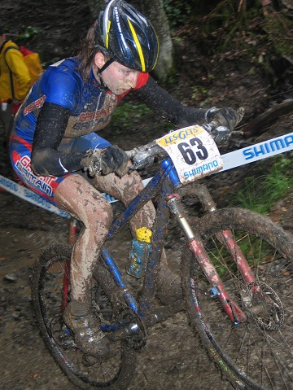 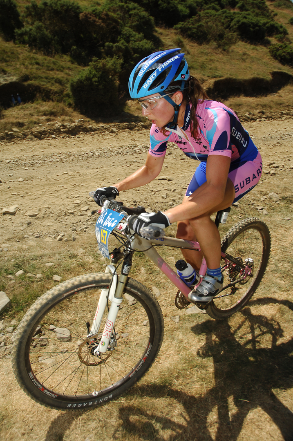 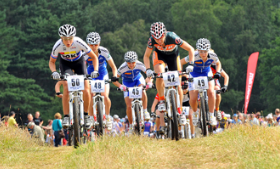 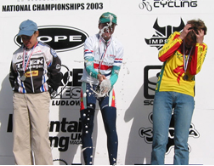 After a childhood of equestrian sport, school sport and much time outdoors, Jenny was introduced to mountain biking in 1993, aged seventeen. She was instantly hooked. The next week she bought a bike and entered her first race, at Eastway Cycle Circuit in East London. Despite a puncture she managed to finish the race (last!) and left the event feeling inspired by the experience and encouraged by the people.

Jenny is one of the most highly qualified mountain bike performance coaches in the UK. Jenny was one of the first to hold the coveted British Cycling Level 3 Mountainbike Coaching Certificate, which is UKCC endorsed. In fact, Jenny authored part of this course and is also qualified to tutor it. This is the highest performance mtb qualification currently available in the UK. Jenny previously held the British Cycling Club Coach qualification, gained in 2003 (level 2.5) and additionally holds the British Cycling Mountain Bike Leader (level 2) award. Additionally she holds the CTC Mountainbike Skills Instructor Certificate along with a remote access First Aid Certificate.

Since 1998 Jenny self-coached herself; formulating goals, annual plans and racing schedules. From these she planned each month, week, day and session. She also designed specific sessions to achieve her goals. Alongside this, Jenny studied racing strategy, technical skills, equipment options, bike set up, nutrition and gym training.

But perhaps Jenny's greatest strengths are her enduring passion for mountain biking, her experience, and the wisdom gained from over twenty years of studying the sport of mountain biking. This knowledge has helped her to achieve her goals and she is now passionate about helping others do the same.

Whether it is skills, race day preparation, day to day training or the complete package that you require, Jenny will help to analyse, direct and demystify your development as a mountain bike rider.

While there are many resources available to aid your improvement it is difficult to know which advice to take, which equipment to select and which scientific argument to believe.

It is easy to end up confused and chasing your tail! It is unreasonable to adhere to a "one size fits all" training guide and expect optimum results. Just as a sports car, supermini and 4x4 require different tuning, so athletes each have their own engine type that requires specific tuning to maximise power. What works well for one person may be wrong for another. Furthermore, what works for you one year may not be effective the next, as the body adapts and changes.

This is where quality personal training comes in, by establishing the right training for you and adapting and developing what you do over time. So, while the basic aspects of periodisation apply to all, the detail from there is based entirely upon the individual.

Jenny's training and coaching methodology begins with great communication.
Jenny understands the challenge of balancing life and training. Jenny combined her racing with a job, so she knows how the best laid plans can become compromised by other commitments. Jenny understands the mindset of a racer. Most athletes are high achievers and perfectionists and, while it may be this characteristic that leads to race wins, this can be a sure path to overtraining and burn out.

Jenny spends as much time organising her athletes' lives off the bike as she does prescribing their cycling time. She is aware that an athlete trying too hard can be counter productive and, just as she plans periodisation in a physical sense, so she periodises the year in a psychological sense, so that when the big event arrives, an athlete can deliver in body and mind.

Jenny works with her athletes towards realistic goals. Each event serves a purpose and is assigned a priority level. These priority levels define the training year, with the biggest peak saved for the most important event. By taking a holistic approach Jenny ensures that her athletes reach their target races ready to perform, fresh and with a positive mindset.

While the science of training plays a fundamental role in Jenny's advice, her background is not a scientific one.

Everything Jenny has learnt has been interpreted as a layman and judged on actual experience in the field. By working closely with physiologists at the British Olympic Medical Institute Jenny has experience and understanding of the most cutting edge scientific training methodology and equipment. This exposure undoubtedly aids Jenny as a coach, but she will never blind you with science. Jenny is keen to emphasise that scientific input is just one of many ingredients that make a complete and successful athlete.