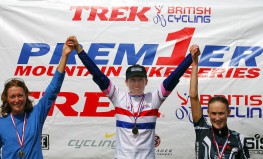 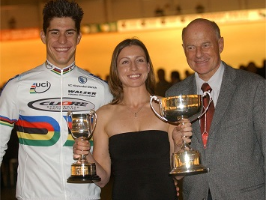 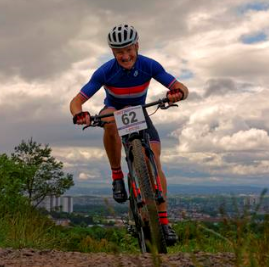 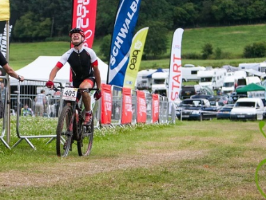 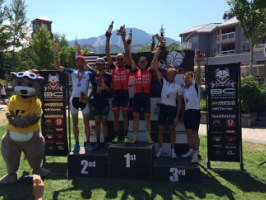 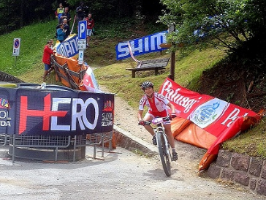 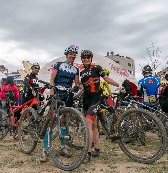 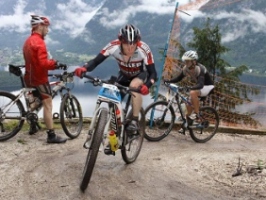 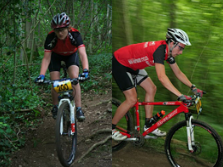 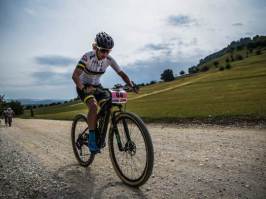 "Although Jenny had an outstanding racing career; a career CV full of great results does not necessarily mean that person will make an equally great coach. I don't think that is the case for Jenny; she based her career on maximising her ability and getting the best out of herself, but importantly she did this around the demands of a regular job which gives her a unique perspective on combining a working life with the demands of elite sport. This, supplemented with her renowned technical ability, great communication skills and willingness to listen, give her valuable tools to help others achieve their

"Jenny was a consummate professional during her cycling career with the Subaru-Gary Fisher squad. She knew how to best prepare herself for races, which helped her garner multi national championships and podiums results. This experience is invaluable to her role coaching, and helping others reach their goals; providing unique customized training regimes. Not one to forget the passion and fun that exists within the sport of cycling, Jenny was a stalwart in promoting local cycling promotions and youth programs. It is this passion and commitment that makes her an asset to coaching."
Jon Rourke
Subaru-Gary Fisher & then Trek Factory Team Manager 2005-date

"Have just returned from 12 days away, the last few days I was joined by my physio, who I ride and race with regularly. We spent about 3 hours yesterday riding in Wareham forest. At the end he looked at me and said "what's going on?". I said, "what do you mean?", he said, "in the years we have been riding together I have never seen you ride this well or as quickly". I had to come clean and tell him that I had been seeing you to help my riding. His comments are testament to your skill as a coach."
Dave A

"Firstly, thank you so much for the session on Saturday - apart from the little off I enjoyed every minute of it and have never felt so much progression in such a short space of time. Thank you for the report - that really helps me break down the areas we worked on and now I have a reference to go back to. I have come away feeling so much more confident and now have a much better understanding of how to apply the techniques. I would really like to work with you again, maybe when I have a break in racing we can fit something in? Thank you again for all the support, encouragement and advice it really means a lot !!"
Rosie B

Riders who have been prescription coached by Jenny...

"I have been coached by Jenny Copnall since October 2010. Prior to my first consultation I had very little experience or knowledge of any kind of cycling. With Jenny's amazing attention to detail, and structure of each training session, I was able to put in place a foundation and conditioning that we could really build from. With each session, I was not only informed on what to do, but exactly why I was doing it and the benefits it would bring. Over the years Jenny has constantly evaluated our progress, worked out strengths and weakness's and always looked at ways to get the most from each training session. The training was also structured in a way that would work in with my lifestyle and varied enough so that my motivation remained high. Each year Jenny set out realistic and achievable goals. Ones I had felt when training alone were slightly out of my reach. I could feel that we were making improvements every month and it wasn't too long before Jenny had me battling it out for podium positions and a few visits to the top step at regional races. Keen not to sit on our heels Jenny targeted the national series as a big goal for 2012. Unfortunately, with a season of mechanicals, illness and mishaps things didn't quite come off. But at the back end of the year, with Jenny's patience and commitment things came together and I had some really strong rides. With that confidence and a move up in age category Jenny really was determined to make some impact the following year. Again, an amazingly well thought out winter got me to the start of the season exactly where Jenny wanted me to be, in great condition but not in such a way that could of left me fatigued as the season got tough. One strength of Jenny's, of which there are many, was to make sure I didn't get too overtrained and risk burnout. 2013 went to plan. I got my 1st national series race win, became the southern regional champion and series winner, made the podium at national rounds on 3 more occasions and finished 3rd in the national championships. How did Jenny better that? She coached me to 1st place and my proudest moment at the national championships in 2014. Also 2nd overall in the national series. Truly amazing!!! I can honestly say, hand on heart, that I wouldn't of achieved that success without the help, commitment and determination of Jenny Copnall."
Marc Chamberlain
2014 British National Veteran XC Champion (XCO)
2015 British National Veteran Marathon Champion (XCM)
2015 British National Veteran XC Champion (XCO)
2015 British National Series Veteran Champion (XCO)

"We both wanted to thank you very much for the program that you provided us with for this event. Every time we were grinding up a hill with low cadence or out of the saddle blasting up a firetrack climb we were reminded of the sessions you'd set for us. We both felt nicely prepared and felt good throughout!"
John and Stu Prentice,
3rd 40+ BC Bike Race 2015
1st Bontrager 24:12 24hr Pairs

"Felt great. Many thanks for your guidance in preparation for this event. Here's to more success working with you in the future".
Iwona Szmyd
50th UCI World Marathon Championship 2015, Polish National Team

"Jenny was great. She really helped me to understand how my body was working during long rides and what training would help me to progress, along with how this would achieve it. I know I wouldn't have finished BC Bike Race without her help and advice".
Ian Hogg
BC Bike Race Finisher 2013

"Just wanted to drop you a quick line from Alberta to say thank you - thank you for helping me complete this ambition as I say 'I'm a TransRockies finisher!!' Can't believe it. It's been an injury filled week but I kept on. Rolled across the line in Canmore yesterday following a true soul searcher of a week. One thing remained though throughout...every morning I felt fresh and every day the legs kept spinning. Thank you. Unimaginable a year ago."
Mark Almond
Trans Rockies Finisher 2011

"Having been coached by Jenny for twelve months, I would encourage people seeking to take their racing to the next level to work with her. Rather than simply trotting out the same old training plans month on month, she offers her own experience and insight gained from her years as a top-flight racer. I feel this has made me a more complete rider, and not merely an "engine" to power the bike. She has helped me with everything from bike setup and racing tactics to technical skills training, nutrition and race psychology, and to prepare for experiences as diverse as 1 hour cyclo-cross races to 12 hour multi-lap endurance events. Her analytical eye is cast over training diaries weekly, and wise thoughts offered based on her encyclopaedic knowledge of cyclesport, with sessions tailored to your individual strengths and weaknesses. Based on last year's experiences, where I decided to change my whole focus for the year mid-way through, Jenny is also very adaptable, and receptive to the emotional as well as physical needs of the athletes she coaches. In all, I'm very glad of the support that I have had from Jenny over the last year, long may it  continue".
Chris Peddar

"I was coached by Jenny from April 2008 until 2010. Her background in training herself meant that she was able to provide me with day to day advice on how to optimise my performance both physically and technically and to problem solve when things were not going to plan. On top of this her racing experience meant that she was able to provide additional guidance on how to strategise at particular events or on particular courses and on nutrition, warm-up and other race day essentials. In my time being coached by Jenny I progressed from a Sport rider to newbie Elite and her advice has been invaluable throughout."
Rachel Fenton


"Jenny rescued me – hugely! As an elite racer and full time teacher, my work ethic was neurotic. Jenny’s objectivity, faith and experienced advice affected my training and results amazingly. Not only was her guidance brilliant but the kudos of being trained by the best woman in my own category gave also an enormous advance to my psychological preparations. Following my first winter of Jenny’s confidence-boosting nurturing, I embarked upon a season of regular top 5 British placings; I just wish I’d discovered her sooner!"
Gemma Carter Collins
Elite Cross Country Mountain Bike Racer


"It was certainly good fortune to meet Jenny; having signed up for a 500 mile charity bike ride Jenny taught me to ride my bike - properly. Her advice, training schedule, tips and tricks (how to stop chaffing if you're wondering, very important to a male newbie!) made the 500 miles a mere ride in the park! Jenny's enthusiam and energy, not to mention experience, ensure she gets the best from you".
Kevin Jefcoate

"Thanks for all your help and input over the years. It has allowed me to compete in some of the biggest mtb endurance events in the World and not feel out of place".
Nick Towers

"Jenny has been an excellent coach, guide, sounding board, motivator, advisor and all around cycling mentor. It has been great to draw on her experience and perspective, as well as have someone plan out my season, incorporating a number of short and long term goals, as well as being able to adjust and course correct when things take unexpected turns due to sickness or injury. It was never a problem that we were based on opposite sides of the globe and I genuinely looked forward to our weekly chats. I have learnt a lot about the sport from a tactical perspective, as well as being fitter than I could have imagined for World Marathon Champs and BC Bike Race."
Briony Mattocks
5th 2017 BC Bike Race
Australian Mtb Team Member for UCI World Marathon Championship